Left Isle of Palms at daybreak this am for my 102 mile trek to Myrtle Beach.  Thankfully, an uneventful day. The Coasties planted an new Marker for one that had been "removed" at some point in the past..Thank You! Transited the Waccamaw River section of the ICW, which this Capt'n thinks is on of the most picturesque of the entire ICW...One section just below MB is known as the "Redneck Riveria"...go figure.

Finally, on a nautical note... I thought you non-boaters would like to learn about the "Nautical Intergrated Auto-pilot" feature of Alchemy...."Nia" as I like to call her, for short.  Always on standby and ready to take control  (Pic) she stands ready to relieve me at the helm for a break or just to fix a sandwich.  Steers a course straighter than I can and never complains..Indeed, a good feature to have aboard!!

Had a "NIA" on a previous boat that was never reliable...steered in circles (remember CL)..and could never be counted on....finally had to replace the boat..... 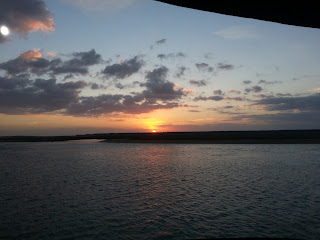 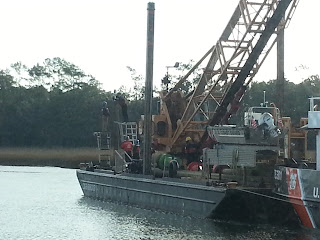 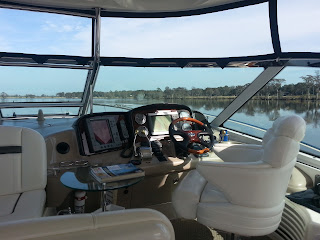 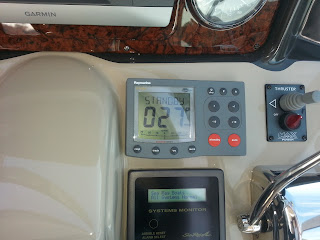 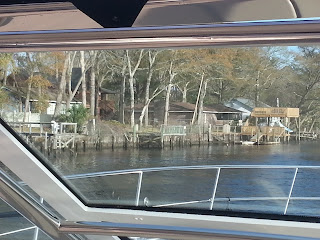 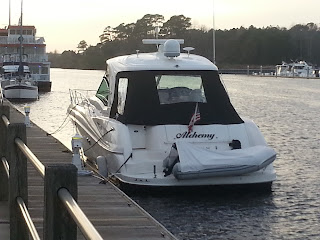 Think I'll stay in MBeach for a day of rest.
Posted by Dave at 8:30 PM

Cruise Director
Raleigh, NC, United States
Yes, yes, yes I AM the First Mate too, of course I am. However, it is the Cruise Director title that I really like - more on that in the blog! My name is Mia and my husband Captain Dave and I are off on our first cruise south for the winter. Dave asked me to write the blog so unfortunately for the boating fanatics who read this, there wont be much nautical detail. It will be fun though, I promise! In preparation for this trip down the waterway, as well as every day travelling, we have and are using many resources. Two in particular have been invaluable and become our recommended must-haves for anyone else wanting to cruise the ICW. Many facts; general, nautical, historical etc. mentioned in this blog come from these two resources: Dozier’s Waterway Guide (www.WaterwayGuide.com) and Active Captain (www.activecaptain.com ). We say thank you!